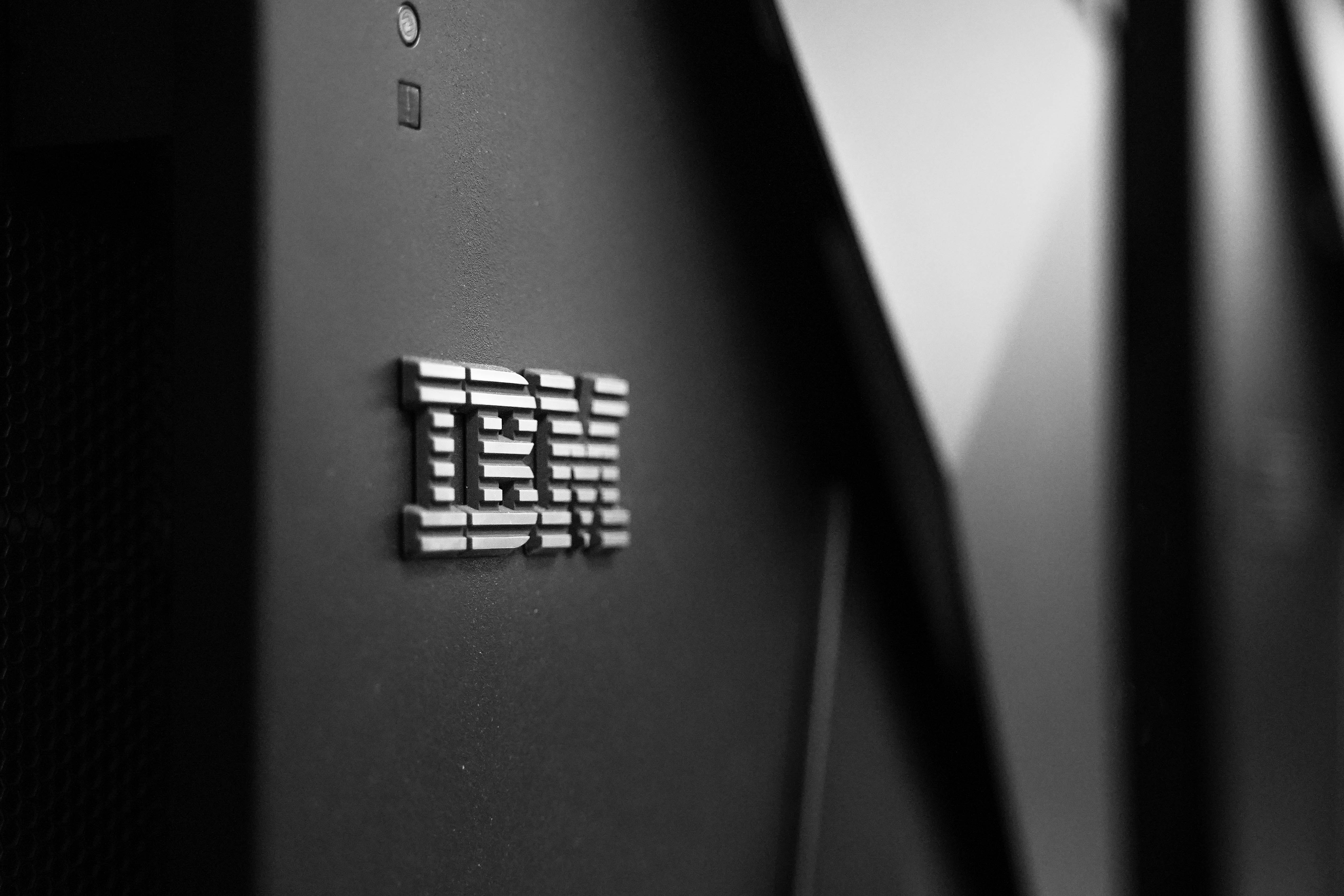 In our articles or on the web, you’ve no doubt come across the term « 3270 ». Though it may be common knowledge for professionals working with mainframes, we thought it would be useful to have a more in-depth look at the 3270 « family ». Indeed, 3270 seems to be an umbrella term that can refer to many different things: 3270 terminals, 3270 applications, 3270 protocols, and even TN3270 emulators.

The history of the 3270 mainframe terminal

The original, the one and only IBM 3270 mainframe terminal came out in 1971 to replace its predecessor, the IBM 2260. The 3270 was a non-programmable terminal and simply consisted of a screen and keyboard. This simplistic design was meant to function with a unique centralized mainframe, over limited bandwidth networks at that time. Because of this, the 3270 is often referred to as a « dumb » workstation.

Companies adopted the terminal massively. Indeed, in the seventies/eighties, most large companies in the world would use an IBM (or compatible) mainframe computer, often running CICS or some other competing software application. They provided many of their employees with 3270 mainframe terminals.

At the time, an IBM 3270 mainframe terminal consisted of a big CRT (Cathode Ray Tube) monitor, a keyboard, and a coaxial cable connecting it to a control unit which was in turn connected to the mainframe. Many 3270 terminals, sometimes up to 17 500, could be connected to a single CICS application on the host computer, locally or at remote locations.

The 3270 terminals were communicating with the computer using the "3270 data stream" language. The goal of the language was to maximize the number of terminals that could be used on a single mainframe. The 3270 data stream language minimized the amount of data transmitted and the frequency of interrupts to the mainframe.

Nowadays, although the 3270 mainframe terminals have disappeared from companies, often replaced by personal computers, the 3270 data stream language is still being used, interpreted by various kinds of 3270 emulators. 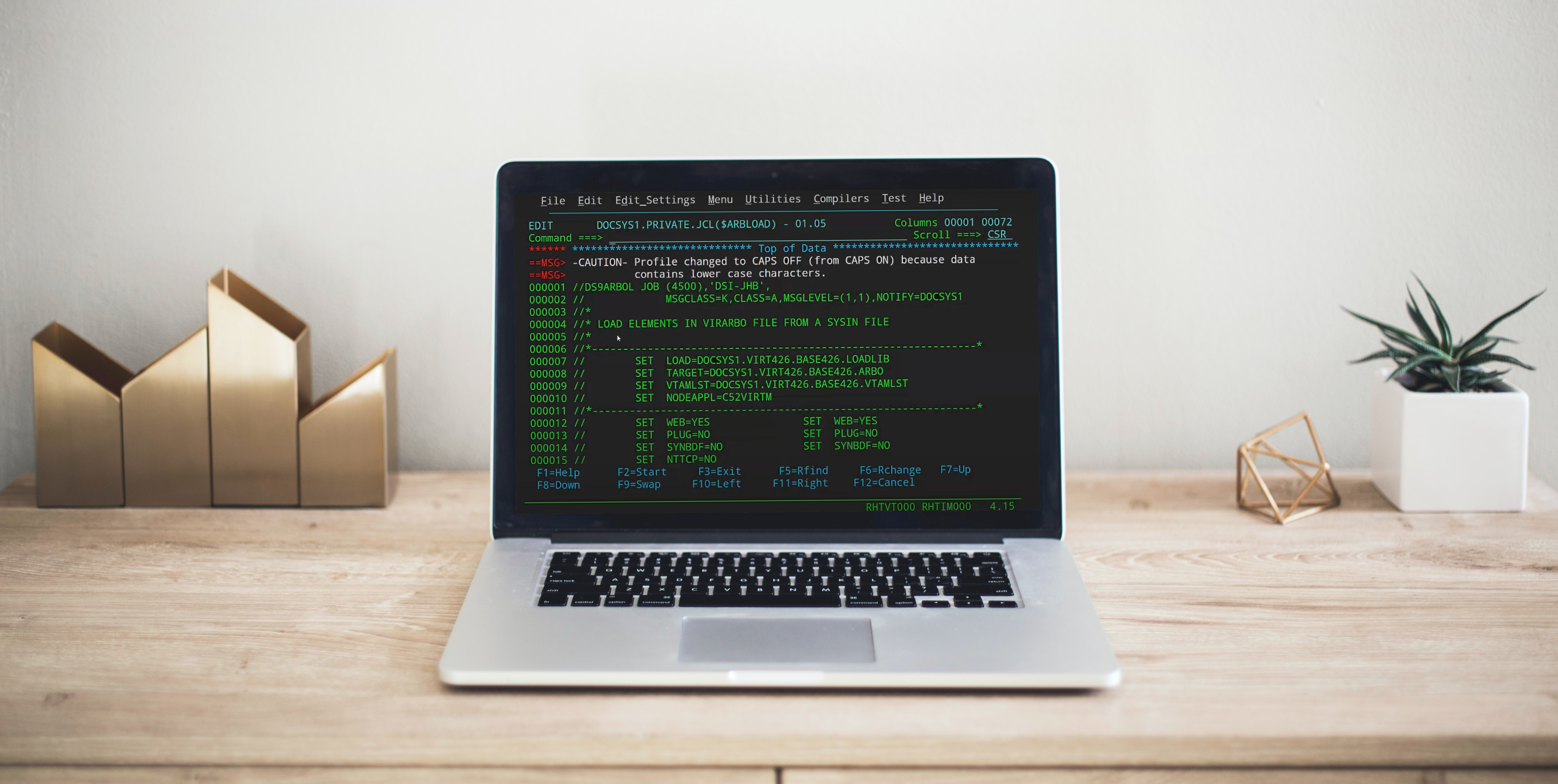 Also known as green screen applications, they are a family of applications that are accessible through 3270 terminals or TN3270 emulators. The most well-known building blocks for these applications are:

CMS, or « Conversational Monitor System » (fun fact: its original acronym was « Cambridge Monitoring System ») is a simple interactive single-user operating system. As a « guest » operating system, it gives the user the impression to have an entire mainframe at their disposal thanks to VM/ESA’s control program that effectively creates a Virtual Machine. Users usually log on to VM first and enter the command i cms.

TSO, or « Time Sharing Option », is an interactive time-sharing environment for IBM mainframe operating systems (such as z/OS) which allows many users to use the system at the same time but without interfering with each other. This is achieved mainly through TSO’s single login capability (unique ID and password for each user). Once logged in, users can use ISPF (Interactive System Productivity Facility) to interact with the mainframe.

CICS, or « Customer Information Control System » is a mixed language application server that allows millions of transactions to be processed every single day all around the world. For this reason, you’ll find that most financial institutions use some version of CICS. It is called a mixed language application server because it supports many different coding languages (from Java to COBOL). Moreover, not only does it support high volume transactions very efficiently, but it also acts as middleware. In other words, it stands as a mediator between other programs, the user interface, and the data.

IMS, or “Information Management System” is a database and transaction management system (just like CICS) that has gone through many changes since its introduction in 1968. It holds two components: the IMS Database Management System (IMS DB) and the IMS Transaction Management System (IMS TM). IMS DB is also known as a hierarchical database management software because the data is organized in a hierarchy, which makes each « level » dependent on the data in the next higher level. This way the integrity of the data is ensured, and the storage and retrieval process is optimized. 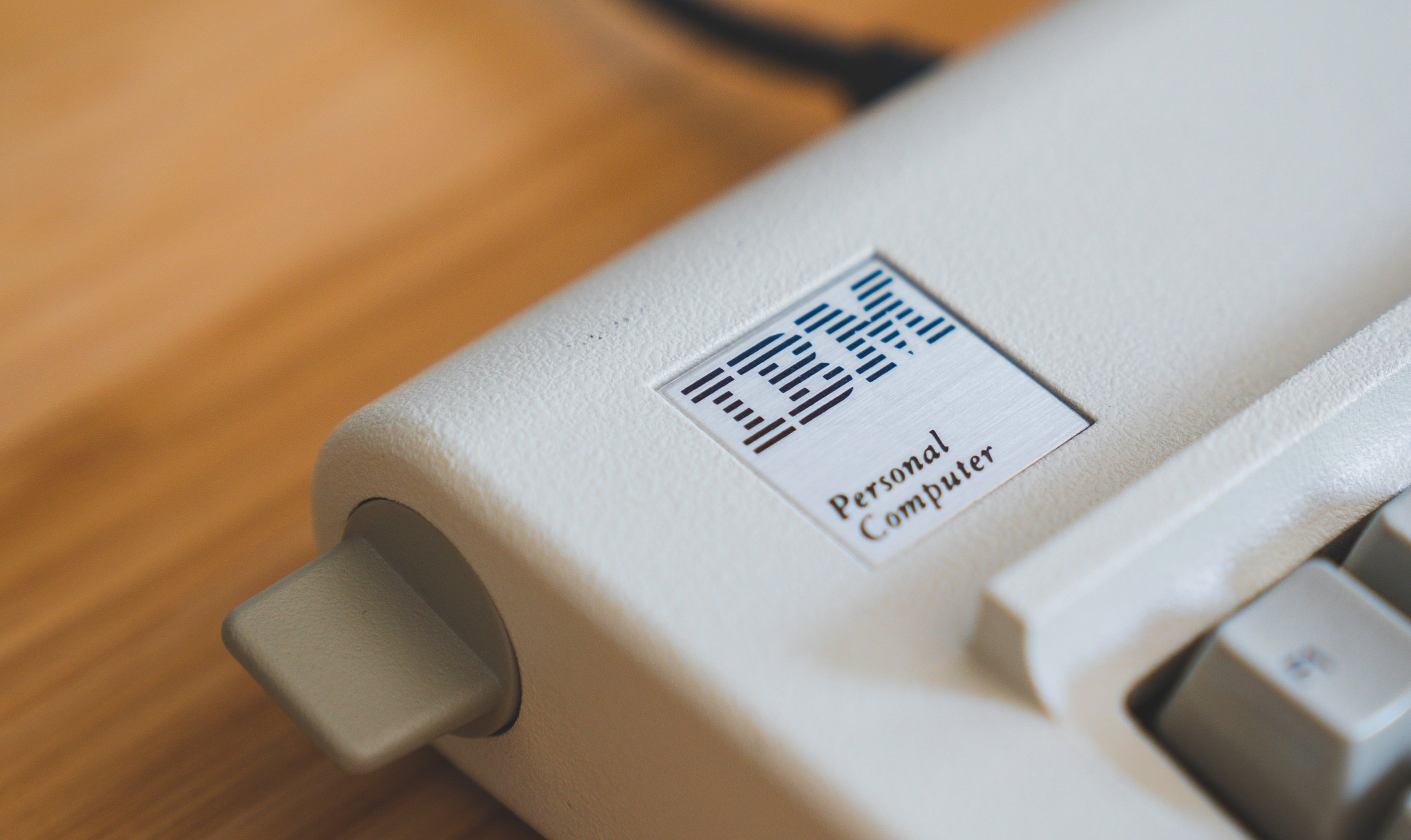 The Telnet 3270 protocol (or TN3270) was based on the original Telnet protocol which was defined in RFC 854. The purpose of the Telnet Protocol is to provide a standard method of interfacing terminal devices and terminal-oriented processes to each other. TN3270 was built on this underlying protocol to allow the terminal emulator to communicate over TCP/IP networks.

At first, Telnet was an open non-secure protocol. However, in 1995 specifications for securing it appeared (SSL, then TLS for instance). It is therefore possible to secure TN3270 communications, but a majority of companies haven’t implemented it. Since it is sometimes difficult to configure encrypted data streams, often users use a VPN. This is especially true in the case of older versions of emulators that do not support SSL, in which case the IT team needs to get involved in complicated maneuvers to support it.

TN3270 emulators are also referred to as « heavy client » emulators as they require the installation of a client software on the end-user device. However, this entails many admin obligations such as constantly and manually keeping it up to date on each end-user device.

While the 3270 terminal has completely disappeared from company offices, the 3270 « family » still survives to this day with its reliable applications and emulators. Moreover, the 3270 family is not « frozen in time ». Many innovations are being made for the 3270 family to this day. Take for instance, « thin-client »  TN3270 emulators that can function solely with a modern web browser. They even have functionalities such as on-the-fly transformation of traditional “green screens” into modern pages. These emulators bring new quality of life functionalities and bridge the gap between legacy applications and the web.